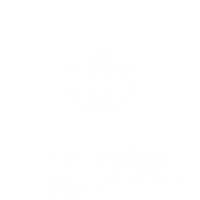 Kostas Tasopoulos, MA is a graduate of the Dpts. of Political Science of the Aristotle University of Thessaloniki (BA) and the University of Vienna (MA). He is currently a PhD candidate at the University of Graz, Law School (Center for Southeast European Studies,PhD Law and Politics), while being also an undergrad of Law at the Vienna University Law School. He provides research support for the legal aspects of this project. More specifically, he is responsible for the interpretation of data in relation to existing law and at the same time he is tasked with literature review.

Dr. Andreas Kollias is Assistant Professor in the Department of Political Science and History at Panteion University, Athens, Greece. Ηe teaches courses related to qualitative and quantitative research methodologies (statistics, qualitative and quantitative content analysis, geographical information systems in social research and big data analytics in political communication) at undergraduate and postgraduate level. Ιn this project he is responsible for the drafting of the deliverables of work package three(WP3). At the same time he is tasked with data collection, the analysis of the data, drafting the regional action plan and with designing and implementing the portal system. 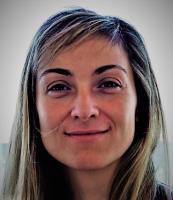 Dr Anna Anastasopoulou is associated teaching staff member at the Hellenic Open University. She is Social-Organizational Psychologist and she teaches courses on business administration, organizational psychology and research methodology. She has participated in many research projects in collaboration with Panteion, Forth, Technological Institute Sterea Ellada and National Center of Social Research. In this project she contributes in the collection and analysis of data.

Dr. Nikolaos Rodousakis has significant experience in all aspects of designing and implementing social science projects, participating in several research endeavors. He is a Special Collaborator at Ministry of Economy and Development, Greece and Post-doc Researcher in the Panteion University, Greece. His scientific interests include Economic Fluctuations, Sraffian Economics, Input-Output Analysis, Tourism Economics and Welfare Economics. Ιn this project he is tasked with the literature review (moreover he is responsible for review of indicators ) and with data collection.

Chrysa Tsirimokou, is a Ph.D. candidate at the department of Economic and Regional Development, at Panteion University and as a former research fellow in a Social Cooperative Enterprise that specialized in planning, organizing and implementing intervention programs has a significant experience in collecting research material. Furthermore, her previous occupation as a promotion representative of UNICEF for the widely known program “Donor of Unicef has given her the opportunity to be part of social and humanitarian action. During her studies as a Ph.D. candidate, she was involved with other research material, carried by a public organization. In this project she is responsible for the conduct of preliminary qualitative research and at the same time she is tasked with literature review and data collection.

Dr. Vasiliki Artinopoulou is full Professor in Criminology in the Sociology Department of Panteion University of Social and Political Sciences (Athens, Greece), Head of the Department (2016- ) and the former Vice Rector of the University (2009-2011). She is also the Director of the ‘Restorative Justice and Mediation Lab’ at Panteion University of Athens. Prof. Artinopoulou is actively participating in many national, European and International organizations, working groups, and research projects. She is the Head of the Crime and Criminal Justice Unit and the Gender Issues Unit in the European Public Law Organisation (EPLO, EU) (since 2012); Member of Empowerment and Equity for Diverse Communities Thematic Working Group of Global Forum on Law, Justice and Development, LJD, The World Bank, Washington DC, USA (2012-13); External expert of the Research Executive Agency (REA), the DG Justice and DG Home Affairs of the European Commission. She is also the Scientific Head in many european projects on Victims of Crime, Fundamental Rights, Gender- Based Violence, Bullying / Cyberbullying, Children Rights, Anti-trafficking, and Restorative Justice. She is the Head of the Scientific Committee for Bullying Prevention in the Greek Ministry of Education, since 2013 and expert advisor in the European Antibullying Network. President of Board at the ‘Central Scientific Prison Board’ Ministry of Justice, Transparency and Human Rights (2009-2011); Member of many Legislative Committees in the Greek Ministry of Justice. President of Board at Research Center for Gender Issues (KETHI), 2001- 2004; National Representative of Greece at the Council of Europe and other international bodies. Professor Artinopoulou has carried out research on human rights and violence (women’s and children abuse), rule of law and aspects of injustice, bullying and cyberbullying, victimology, gender equality and sexual harassment at workplaces, juvenile delinquency, restorative justice, social mediation, and trafficking. Prof. Artinopoulou is the author of nine books, and almost 70 publications in peer review journals and collective volumes in English, French and Greek language. In this project she is tasked with examining the issue of violence against children and with drafting the regional action plan.

Dr Hatzopoulos Pavlos, holds a Ph.D. in International Relations and has significant experience in all aspects of designing and implementing social science projects, participating in several European, local and transnational research endeavors. He has regularly worked in multi-disciplinary, international teams of researchers conducting original fieldwork across national spaces, utilizing a variety of ethnographic and digital research methods. Hatzopoulos has specialized on the study of social exclusion and social marginalization, writing reports and publishing academic work on the inequality regimes on gender, race, nation and class hierarchies and inequalities. Ιn this project he is tasked with data collection.